Deer Park School is located on the east edge of the beautiful Flathead Valley between Columbia Mountain and the Flathead River. The old building on the campus was built in 1921, making it the oldest, standing, in-use school building in the valley. The district originally dates back to 1886 with 1st board documents noted in 1893. In 1967 a quonset hut was built to serve as a temporary gym. A new building was added in 1984 on the north border of the campus on land donated by Orville and Joyce Baumgartner. The newest building was later enlarged with the addition of 4 classrooms. A gym, built largely by volunteer effort, was added to the east end in 2001. In 2014 a new pump house was built with over $11,000 of donated community funds. 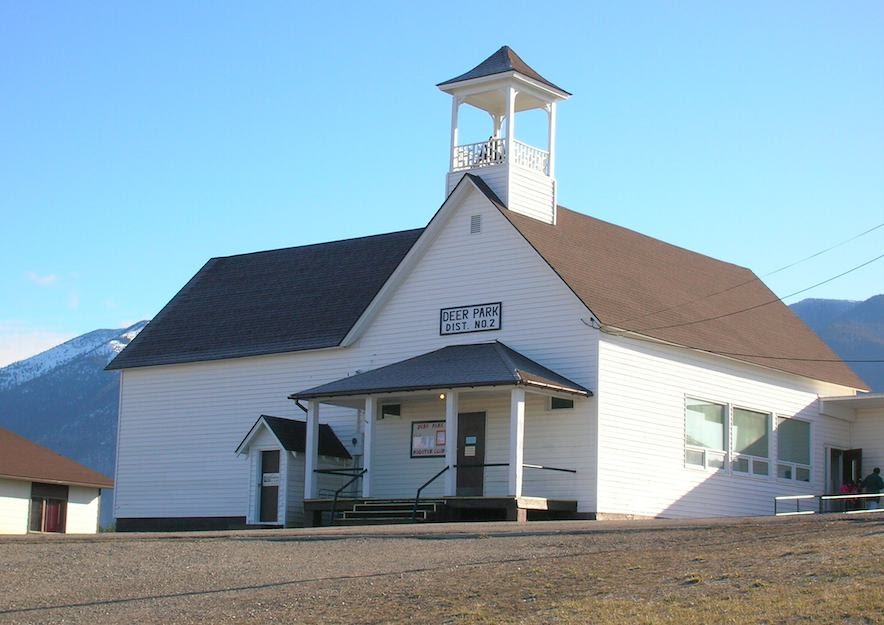